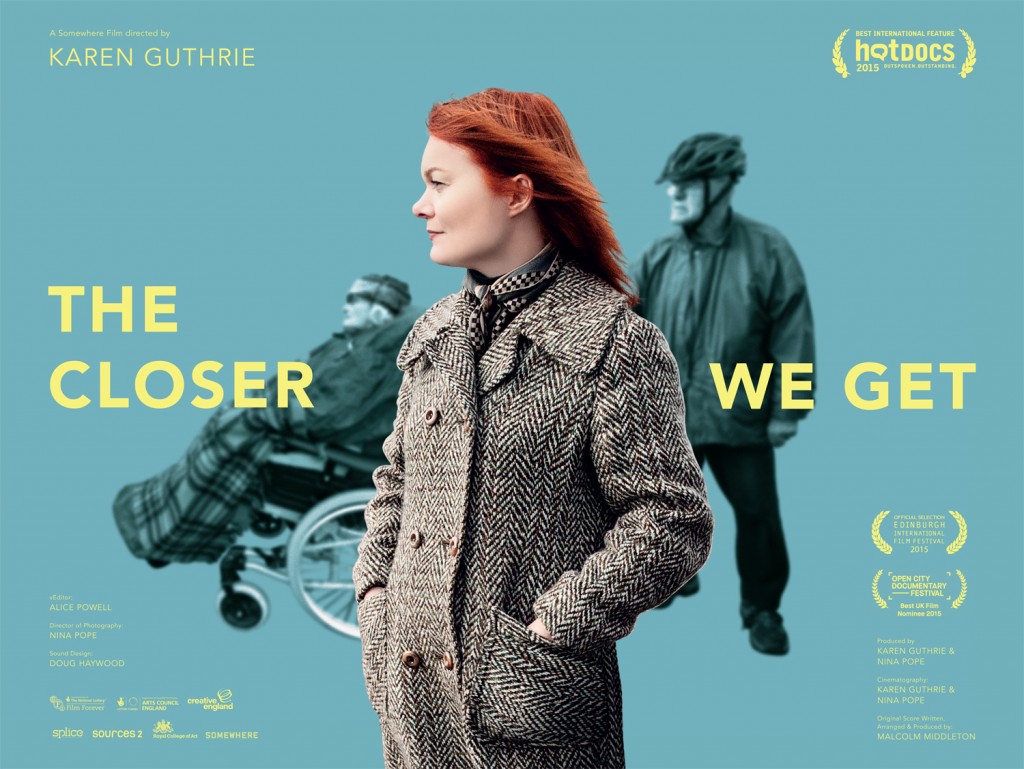 As the The Closer We Get hits the cinemas, Front Row Reviews talks to director Karen Guthrie about her acclaimed personal documentary.

After Karen’s mother suffers a stroke, Karen returns home to care for her and, while doing so, begins to delve into her family’s life and the secret that her father had tried (and failed) to hide from them all. Here she talks about why she chose this moment to pick up her camera.

What motivated you to make this film and turn the camera on yourself and your family, when so much of your family’s life has been about hiding things rather than revealing them?

I think I was going through such emotional trauma caused by the stroke that I felt compelled to draw on my practice of an artist and as a film maker to get me through it. I felt very instinctively that recording was going to help. It was almost as if the process of stepping away occasionally and looking at the material, and also the process of planning it, and planning with my mum, helped us get through it. It was almost like I had a duty to record it. As if I knew that this unique and seismic event in our lives could become this universal story. But actually at the beginning, I didn’t know that, I just thought ‘I’ll go nuts if I can’t keep doing this thing that I’ve done all my life’. Being an artist has been something I’ve done since I was a child and I didn’t want to stop because this terrible thing was happening. But I would be lying if I said I didn’t also know my family’s story was unique. I used to feel serene in the knowledge that no one was going to steal it. So I knew I wanted to tell the story but I didn’t know in the beginning how I was going to structure it – that was a long process. 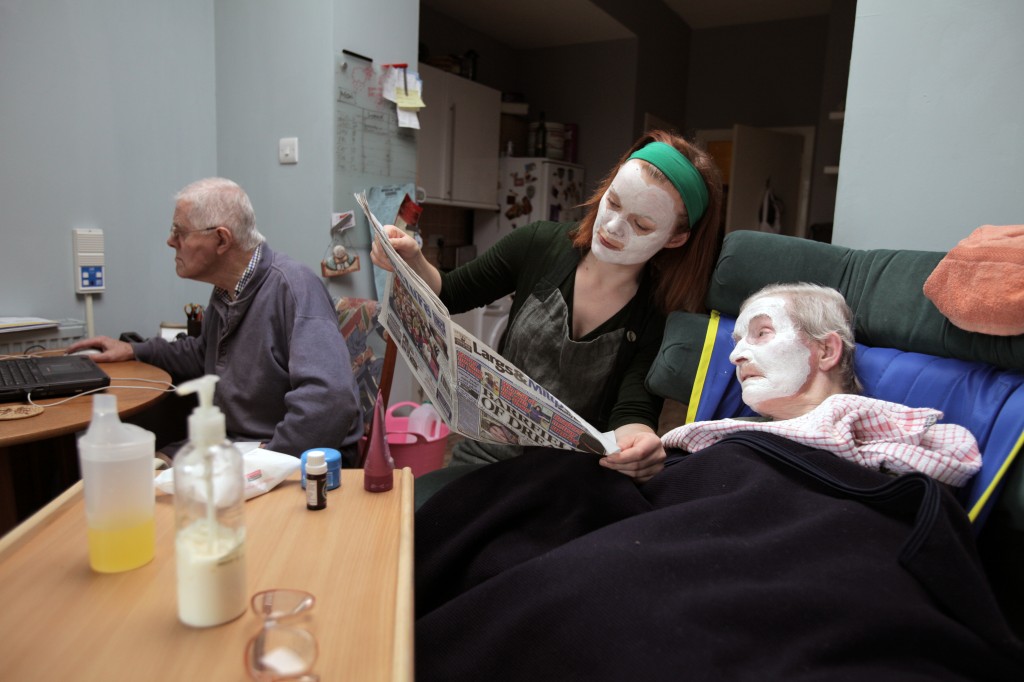 We see archive of you filming your family at different points in your life. Were there different attempts to tell this story?

I think unconsciously yes. I think I was trying to make this film years ago, but I wasn’t a film maker at that stage, I was a video artist and so I didn’t know how to do it. I think I was also too shell-shocked because of the arrival of Campbell, so I was, interestingly, doing that filming in a period of trauma. So in hindsight I can see these echoes in my behaviour. Immediately after he arrives I make these video pieces that you see in the film. And then immediately after the stroke I start to make a video dairy, a document of it again. I suppose I was trying to make it for a long time, but I didn’t know how to do it. I still feel like I don’t know how to do it, I feel like every piece of work is an experiment.

I was filming everyday like it was the last as I had no idea when it would end. I was always thinking if I had to stop filming now, have I got a film? There was a lot of material that I felt I had to film but in the end you suck 90% out as what you need is the spine. It was even more dramatic than what you see in the film, if you can believe that. 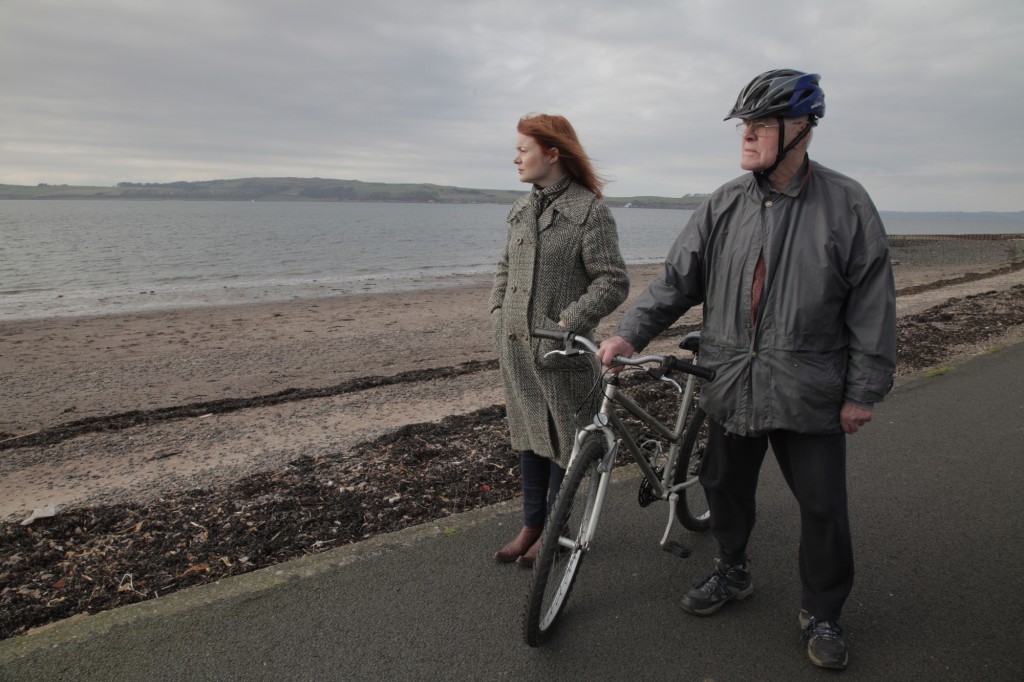 Some of the revelations in the film come quite slowly, piece by piece and some come very fast, I’m thinking particularly about the revelation of what your dad has just done, which comes near the end of the film. Did it take you a long time to find the right timing for revealing these truths?

We worked so hard on how to reveal the developing story lines. On this project, although it is a documentary, I had to draw on skills that were really more aligned to drama. It was twenty five weeks editing spread over several years and until very late in the day, the structure was changing and we would get what we felt was a great narrative arc and then I would add my voice-over and those tiny words would change everything and I felt ‘oh I’m never going to be able to do this’.

The voice-over works beautifully. Sometimes it feels as if it’s more powerful to hear you talk about something than it would have been to have witnessed the scene. For example when you describe the conversation that you were preparing to have in the taxi but which never takes place. The fact that it didn’t happen, reinforces the uncertainty we feel about what your father is going to do.

Yes. I think you often want me to be more confrontational in the film than I am and of course I leave it too late. It was often a big decision whether to cover something in voice over or to cover it in picture and that was sometimes quite a key decision as there is a different intensity. There is almost a confessional element to the voice-over, but you have to, of course, have the trust of your audience, to be able to deliver that material in voice-over because in a weaker film they might say ‘well I don’t see that’. I worked so hard on that voice-over to get it to the point where it was slight but real and intense and this struggle between conversational style and written style was something that I had real problems with navigating my way through as I don’t consider myself a writer. So it was really painful work for me. 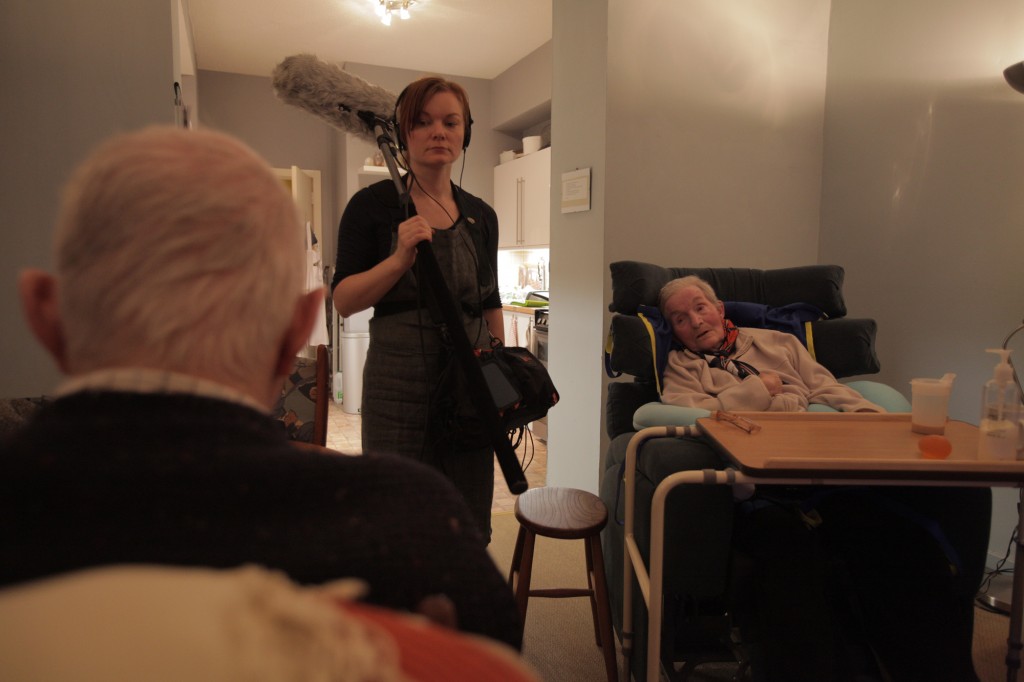 Was there anything you learnt from that process?

Well I feel like I could make a fiction film, which I didn’t think I could do before. In a funny way, I feel that in the process of making this very personal documentary, I feel like I understand storytelling better: How to reorganize material. Of course I could have done that with any of my other films but there is something about doing that with other people’s lives that gives you a sense of respect. Maybe you are overly respectful and maybe because this was my own film, I felt free to do that, I felt incredibly creatively liberated.

The film is incredibly tender, in many senses of that word, in its rawness and in its gentleness and care for its protagonists. How easy was it to get that balance?

I had a good editor, Alice, and I had worked with Nina, my co-producer, on three other films, so I always had them to say to me ‘This is enough. Let’s just always use the minimum we can to convey the emotion’. And also I had stopped being angry with my dad by the time I made the film. If I had made the film twenty five years ago, it would have been more of a struggle I think as nobody wants to watch a film that’s full of anger and that seems to be an act of vengeance. I wanted to be honest about his faults and I think the film is. But it also shows him in a very different light, that is somebody who has failings that he has accepted and that he’s trying to atone for, and I think we can all identify with that. I always wanted to be light in touch with all of those elements. We do see angry scenes with him and we are reminded of what kind of father he must have been, but we also see my mum like that. We see her pre-stroke, at a time when I didn’t get on with her because I found her suppressed anger so difficult to deal with. So we see a disabled person, but we don’t get that sense of pity and vulnerability. We actually see somebody full of complexity, and I think some of the gentleness comes from that as it’s not a thumbnail sketch of all these people, it’s really a deep slow move around them and you get a sense of the affection we all hold each other in, regardless of the pain we have caused each other. 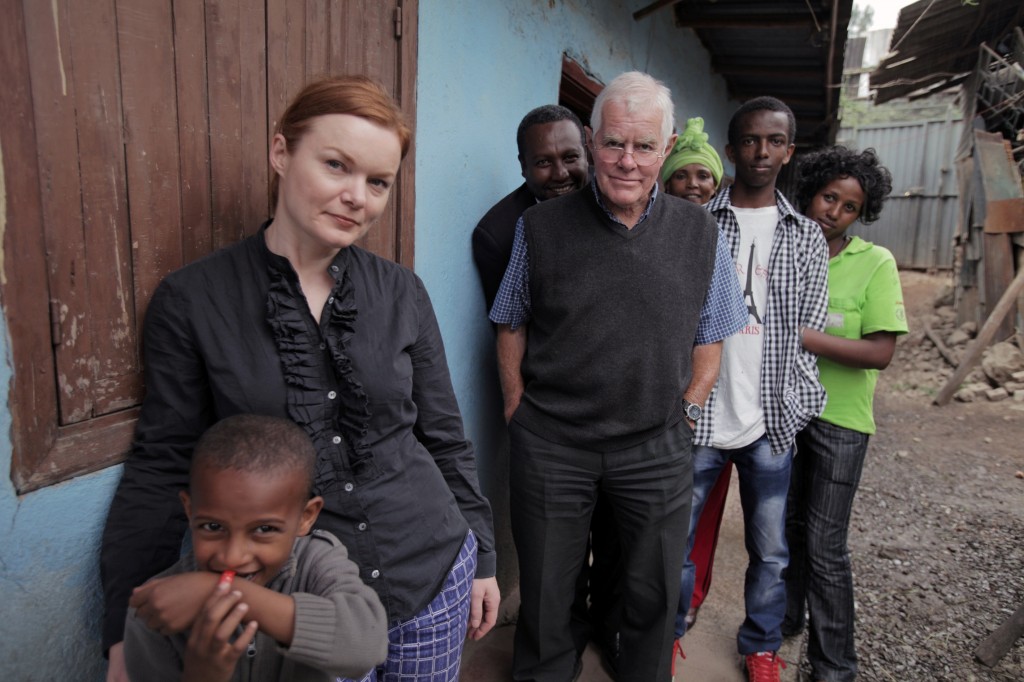 The film seems to touch on many subjects. What is its essence in your eyes?

Its about getting through the shit and being honest about the sacrifices that various people had to make to do that. And it shows the complexity of love and tries to be honest about the enduring nature of love, and how it’s always going to be compromised and made difficult and negotiated. I think that a story of a family toughening out a series of shocks is a universal one. I don’t think the story being so personal to me prevents that. In a way it was not what happened to mum that was important, it was what happened afterwards.

I think the film is a portrayal of love as a lived thing not as a spoken thing. Obviously the film is about a family that doesn’t talk. I was about eighteen before either of my parents said they loved me. But the sense of love is actually much more important than the words and I suppose what I show on screen is that it’s much more important to do it, to do love and to act it than it is to say it, or to send a card. And I think that’s what my father did at the end as he couldn’t say it. 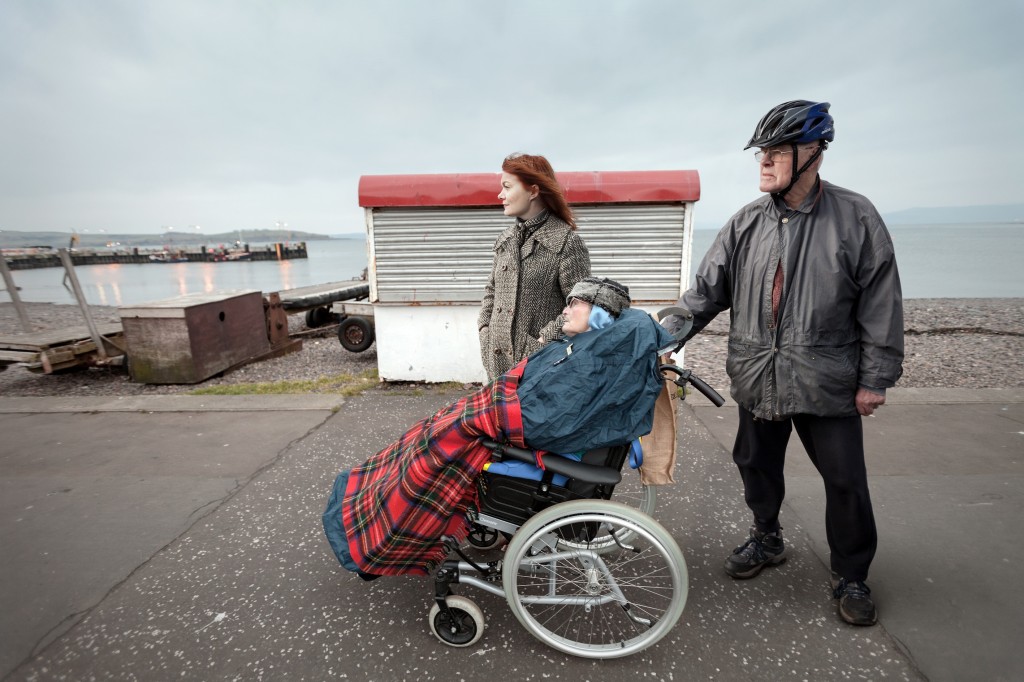 The Closer We Get is in UK cinemas now