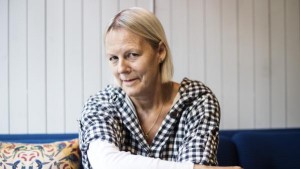 Of the more esoteric and enticing cinema propositions that made its way up to the Edinburgh International Film Festival this year, one-time stage and cinema director of Mamma Mia!, Phyllida Lloyd, brought her quasi-film/quasi-theatre rendition of Shakespeare’s Julius Caesar to the big screen.

Before you sigh with gun-jumping presumption as to the execution (Caesar pun unintended) of this work, there are a few things to set this cinematic experiment apart from other theatre projections on the big screen. Lloyd’s Julius Caesar is no NT Live experience. Shot over two nights, this is a theatre performance that veers into bona fide film territory. Shot with GoPros as well as cameras mounted from one side of the stage on one night, and the other side of the stage the next, the approach has afforded something of a Dreyer-like scrutiny of the actors’ faces alongside kinetic, fleet-footed expressions of modern film.

A further thing to note is that this version of Caesar is set in a woman’s prison and, accordingly, featured only female actors.

Front Row Reviews sat down with Lloyd to talk about this experience. She confessed to feeling ‘changed’ by it. She also talked of gender inequality in the film industry, Julius Caesar’s eternal relevance and why she isn’t directing Mamma Mia! 2.

Where did that idea of framing it in a women’s prison come from?

I chose the setting because it meant that most women on the stage were going to be free from being the love interest in the domestic romantic world. I thought that the decision to set it in a prison might help the audience to believe the violence, the apprehension of danger and the obsession with freedom and justice. It was a way of bridging the gap between the women and the play.

It’s a very, very male play and the benefit of setting it in a prison and having the characters in prison uniform is that they were immediately androgynous when they walked onto the stage. You are helped to believe that they are men on some level. 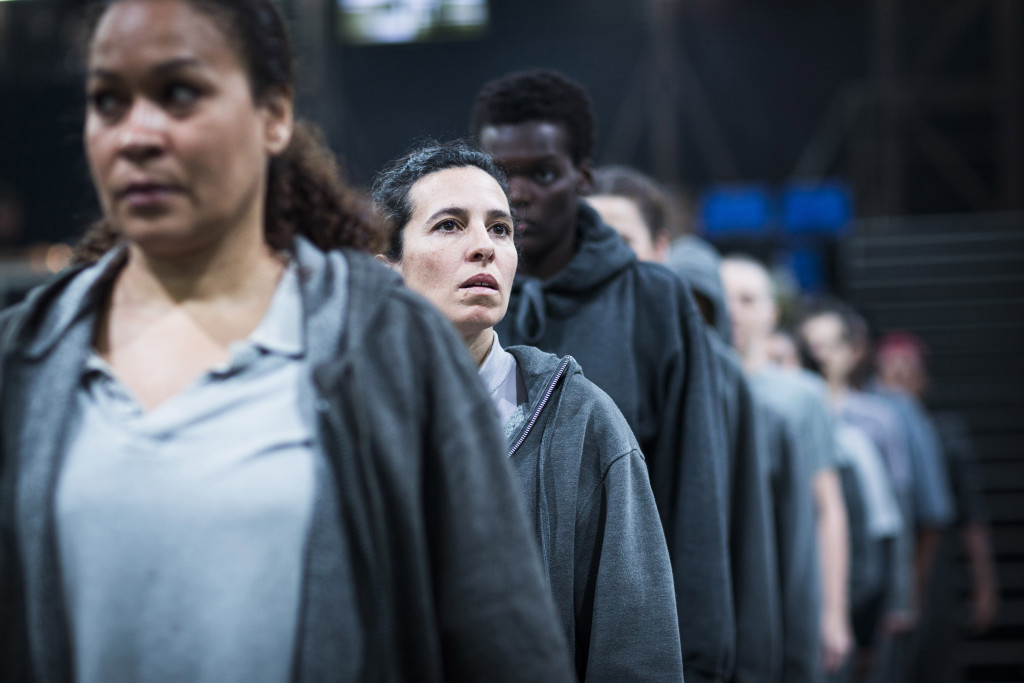 What about the mechanics of making this. You shot it over two nights. Did you storyboard it? Or did you get the rushes from each performance and then stitch it together?

Well, it’s a combination of things. Apart from the two live performances, I shot a lot of additional footage, which is handheld and done with GoPros, which was all planned. There’s a storyboard for it, but then in a live performance, as you can imagine, there are moments where you go off-piste, take what comes and see what you can salvage from it.

What you’re seeing is a lot rawer than had I made this as a movie, but that wasn’t really an option. In some ways, the presence of the audience in this is a really powerful part of it. They’re the mob, the senate. They’re implicated as witnesses in this.

There’s an interesting use of live music in this work and it is something that increases as the play progresses. Can you tell us about that?

It was partly to do with trying to express war on stage when you are only allowed to use plastic guns. This idea of having a thrash metal band was a way of expressing the kind of horror of war.

Was this particular play more of a passion piece than the other plays that you have overseen in this trilogy (Lloyd has also directed Henry IV and The Tempest)?

No. Each of the plays had real resonance with our prison world. This is a play about regime change and the consequences of violent upheaval. Henry IV is a play about change; the past and how hard it is to change and shed bad influences. The Tempest is a play about revenge and forgiveness. They all really came alive in this prison setting. We took them into prisons, work-shopped them with prisoners who helped us very much to understand how these plays spoke to them. 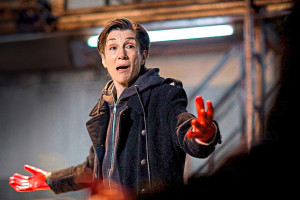 Was there a degree of trepidation approaching that? Because it is a bold move and there is a degree of risk involved.

When Harriet (Walter – esteemed Shakespearean actor) and I first went into Holloway (prison), to say that we were apprehensive is an understatement. Especially when I asked the group on Day 1 which scene would they like to concentrate on, and the answer came, “The one where they kill him”. I thought, ‘ooh-err’. I’m glad you’ve only got scripts as weapons! We were in the chapel and I suddenly had visions of the lectern being used to frame Caesar!

I very quickly realised that most people in prison are like you and I, but for the lack of good luck or a great education. That’s been one of the most amazing aspects of the journey: understanding much more about the criminal justice system and particularly how so many women shouldn’t be in prison. 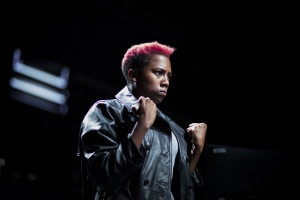 You’ve gleaned a lot more from the experience than you anticipated?

Hugely, yes. I think we’ve all changed as a result of it (the experience). We’ve all learnt to be a lot less afraid of ‘others’. We’ve become much more open to shaking hands with a stranger. You realise how you’re often open within your own sphere, but going into prison and working with people who have had huge, complex…. (trails off slightly) and in some places, been victims of terrible abuse and violence.

Going in and finding so much common ground and, as Harriet said, we started off very preoccupied with ‘what’s the difference between men and women’, and by the end of it we began to think, ‘do you know what? There’s much more in common between us all’. Our common humanity is much more evident and it is society that pushes us into certain male and female stereotypes of roles and behaviour. It is something that I think Shakespeare really, really understood.

There is a universality to human traits. And people don’t really change. Human nature doesn’t seem to evolve.

Totally. Here we are watching a play about the consequences of regime change and violent upheaval and we did this (worked on this play) just after Libya had fallen and Gaddafi had been killed. Libya was descending into factions. It was like Mark Anthony and Octavius. They’ve inherited the world, but they can’t run it. They don’t know how to get on. They’re fighting about who is on what side of the battlefield. Then we’ve had Iraq, the Arab Spring with dictators being removed and this sort of plunge into chaos: civil war etc. That is why this play is done so much, because it never stops being relevant.

It is depressing, but it also makes you look at what’s going on around you and see it in terms of a pattern, rather than that the world is going to hell. There are these cycles… if only we could break them. Maybe this exploration of gender and inclusion is a small bid for a more tolerant world. 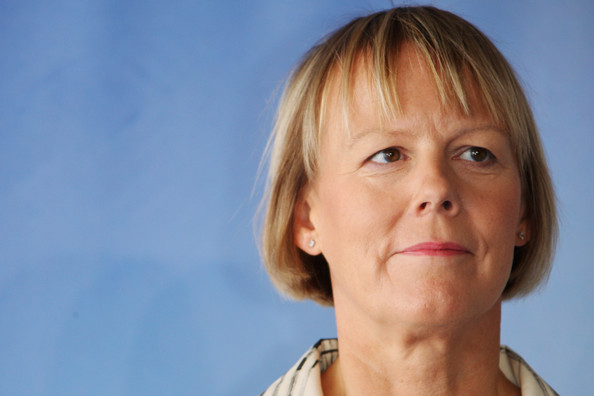 Where do you think the failings lie in the film industry in terms of gender inequality?

I think that where money is everything, women are often not at the centre of things. That’s a gross generalisation, but I come from the subsidised theatre world where women have been given great opportunities. But, as soon as you get into the world where budgets are really big – both in theatre and in movies – there are far fewer women being entrusted with the budget. It’s changing very slowly.

How can we make those wheels of change turn faster?

I have hope, because I think about this group of girls (the cast of Julius Caesar) and how much more entitled they feel than I felt at their age. They’re much more fearless. They’re taking control of their careers: becoming producers, writers etc, and I think they’re going to gear themselves up for having more status in the profession. That is going to help, as they’ll be more vocal about the opportunities that they deserve.

Did you feel as though you had to fight a lot? The impression you’ve just provided there is that you were a lot more timid?

I wasn’t very good at thrusting myself, but I think that a certain dogged determination has got me here.

On another topic, there has recently been the announcement of Mamma Mia 2. Are you involved?

I’m not directing it. I did have the opportunity to, because if you direct one feature, you get asked if you want to do the sequel. I’ve been involved with Mamma Mia for the last 17 years on stage and on screen and I just felt like it had done a great deal for my life, but probably someone else should have the chance to have a go at it. I think someone else will do it better. I think Ol Parker will do a great job of it.

But you’ve seen the script?

Julius Caesar played as part of the Edinburgh International Film Festival and is in cinemas on 12th July 2017.