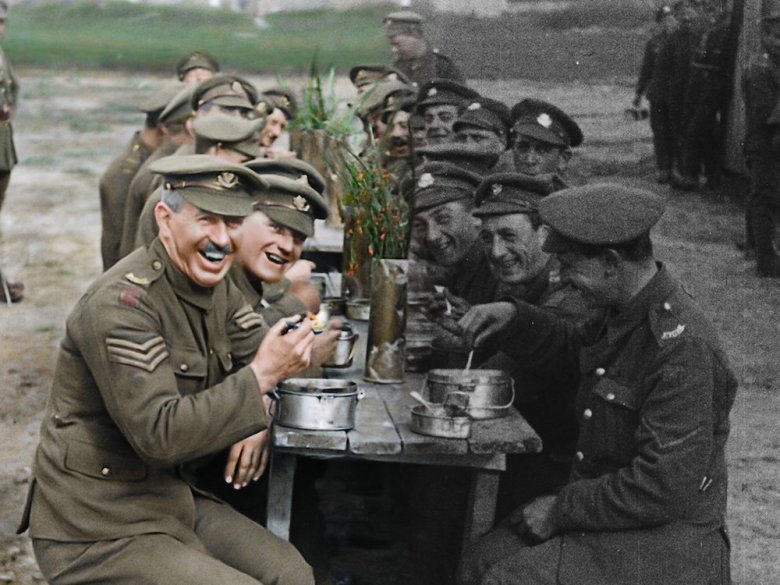 There might be mutterings of mild, but respectful indifference over another WWI documentary being released. A necessary fixture of our youth’s education and a foundation of our curriculum, every possible resource, medium and perspective has been excavated for our understanding of the ironically coined ‘Great War’.

Peter Jackson, erstwhile Hobbit and LOTR cinematic architect, has burrowed his way into the archives of the Imperial War Museum to unearth old footage and make it old no more. He has painstakingly attended to this material and brought it into bright, dazzling technicolour. He has also documented the grim, dolorous tales of tour duty with voiceovers sourced from interviews with servicemen of the conflict.

Audiences are led into the wide-eyed innocence and optimism of young boys eager to join their brothers on the frontline. Testimony talks of boys falling under the bar of the minimum age, fibbing their way into the military in front of high-ranking officials who care little and accept their dodgy declarations. Routine is then showcased as the giddy gambol towards combat looms. All of this remains in black and white and with the screen shrunken to a view-finder size that renders similitude to an old projector.

It is once the troops are ensconced within the muddy trenches that the screen expands to 70mm and colour comes into play (a technique not too dissimilar as that deployed by Shane Meadows in Somers Town when the youngsters are on the Eurostar into France). From there, an exhaustive and exhausting account of everyday trench life is presented. A never-ending stream of trials and tribulations. 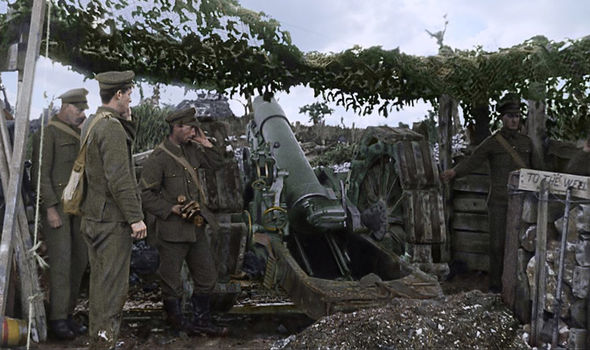 Abject horror after abject horror is brought before the viewers’ eyes. Rat infestations, trench-foot and noxious gasses fill the gaps between gunfires’ noisy punctuation. The emotional toll this takes is nothing compared to what these poor people suffered and the whole picture is unremitting in its powerful punch. It really is a work beyond words of opprobrium (and otherwise, in a way) from critics, journalists, film commentators and the like. Much like Shoah, the subject matter of some things transcend criticism. That said, cast the topic and contents aside, and They Shall Not Grow Old also works on filmmaking terms and filmmaking measures of effectiveness.

With authenticity – and authenticity is the biggest concern when you hear of someone colourising and digitising aged materials on crude(r) instruments – Jackson has curated a living, breathing 21st century document of 20th century horror. He has pulled the past forward and thrown it flush into the face of the modern man and woman. There can be no nobler output: to transpose the chaos, violence, madness, suffering and laughter of our forebears with such effectiveness. We can now relate even more to the horror of what came before.