Cinevison: Small Screens That Should Be Made Bigger | Front Row Reviews
Home
Features

Cinevison: Small Screens That Should Be Made Bigger

In recent weeks, Veronica Mars fans (of which I am included) were given a snippet of a whiff of a rumour that the teen detective may be leaping into cinema theatres in the coming years, albeit as not so much a “teen” anymore. With this small flicker of hope swirling around in my television obsessed mind, I began, like a massive loser, to contemplate what other shows deserved to be broken out of the T.V ghetto and given their dues on the big screen. So without further babbling, let’s take a walk through that ghetto and begin planning their great escapes. 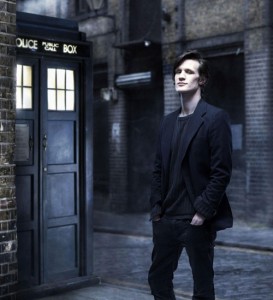 Ok, my nerd credentials are really starting to show here, so let me begin by saying I can’t stand Doctor Who. All right, I couldn’t stand David Tennant. He was a gurning, shouting, overacting, jaw-jutting pain, and I for one already prefer newbie Matt Smith after just three episodes.

So, with a new and improved Doctor, not to mention a rather intriguingly mad companion thanks to Karen Gillan, a cinematic adventure unlike any the Who-verse has ever seen would be a great way to revitalise the series and get Tennant well out of people’s minds (although for some reason he was an insanely popular Time Lord).

Unsurprisingly, I’m not the first person to see the potential in a film version, with rumours emerging last year about one in development, which was subsequently denied by the BBC. It must also be noted that the Doctor has had more than a couple of stabs at the feature-length dream, with two confusingly detached adaptations in the 60’s, and a television movie in the 90’s intending to reboot the then off-air series. Nonetheless, with modern CGI being what it is and interest in the British sci-fi staple being at its peak, there appears to be more reasons why this should happen than shouldn’t. 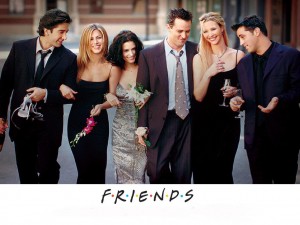 How could I not mention this one? Ever since the ridiculously successful sitcom ended six years ago, (yes, it has been that long, blame E4’s daily reruns for the memory lapse) speculation has been rife that the world’s closest friends would take their humorous antics to the big screen.

I’ll admit this one’s bitter-sweet. I, like the rest of the world, did watch the six friends say goodbye, a small part of me wondering if it was really for forever. Who wouldn’t want to know if Ross and Rachel were still “on”, or if Joey had developed a couple of brain cells and moved back to New York after an abysmal spin-off, or if Monica’s newfound motherhood drove her into a manic mess of post-natal depression which she sought to dispel with a frenzy of endless cooking and cleaning until she imploded like an atomic Martha Stewart? …No one else wonder about that last one?

Anyway, with pretty much all the stars’ careers ending when the show did (bar a certain Miss Aniston, although she’s more known now for her personal life than her terrible movies) a film version seems more imminent than ever before. All you have to do is Google Matt LeBlanc to realise that they’d jump at the chance to stop looking like homeless people and grace the red carpet instead. Whether or not Friends: The Movie will work without a laugh track or the unrealistically huge apartments is another matter. 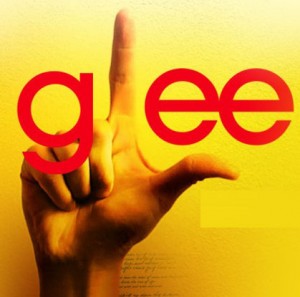 There’s a bandwagon that everyone seems to be on at the moment, and I don’t want to be left out! I doubt I’d need to explain Glee to anyone as at the moment it’s fairly popular on both sides of the Atlantic. This is why it makes perfect sense for the group of outcast, slushy-magnets to really put on a show on the silver screen.

With the musical genre always being tied to the spectacle of film, the mind boggles at what the Glee clubbers could accomplish in the medium. Just imagine them belting out Don’t Stop Believing with a bunch of nonsensical dancers and a fully fledged musical band behind them, in an enormous stadium as opposed to some paint-by-numbers, all-American gym or wherever it is they perform.

For some I’m sure that image is equivalent to fire and brimstone (you can’t please everybody), but there’s undoubtedly an audience for it. It could be like High School Musical 4, only, you know, good. 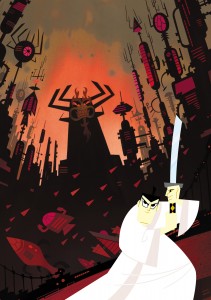 Evidently, I’m not only a self-confessed loser and nerd, but I apparently have the mentality of a 13 year-old. Yes, I would love to see Jack wield his magical, cartoon sword in cinemas. And yes, I realise how many innuendos you can find in that sentence, but I’m a mature 13 year-old, so let’s not lower the tone.

As a television show, Samurai Jack was as cinematic as you could get with those kinds of resources and was truly something else when it aired on the child-orientated Cartoon Network – Jack wasn’t cute and cuddly, he sliced robots in half and took down gun touting bounty hunters. “Cartoons” have had it pretty tough in film and television. Delegated to the kiddie table, animation has proven itself time and again to be not just some childish “genre”, but a visually limitless format that can be used to tell any story. All you need to do is look at the works of Pixar, Studio Ghibli and even DreamWorks to realise that.

Creator Genndy Tartakovsky has actually already reassured fans that a film based on the time-travelling warrior’s quest to change a dystopian future is firmly on the cards. While we’ll have to wait until Tartakovsky has finished filming the sequel to cult classic The Dark Crystal, the promise of more beautifully animated action is more than enough for me… at least for now. 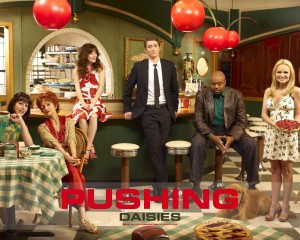 Ok, so why is this here? A show that could barely make it to a second season before getting cancelled – sounds like a great tagline right? Well, in truth Pushing Daisies seems more suited to cinemas than it ever did the box.

The Tim Burton parallels were fairly obvious and flattering, but also lazy. Pushing Daisies was a breed all its own; a pie-maker with the ability to bring people back to life for just one minute so that he could solve the mystery of their death. But of course the twist in the tail is that the love of his life was one of his resurrections, and should the two ever touch, she’ll die once again.

With eccentricity to spare, including a whimsical narrator and outlandish set-pieces, this quirky television show became too much for viewers to swallow on a weekly basis and so they systematically turned off. This is why a one off film version could be fantastic, full of surreal charm, touching pathos and inspired visuals. And as for the whole cancellation issue, see Joss Whedon’s Firefly to Serenity as the perfect example. 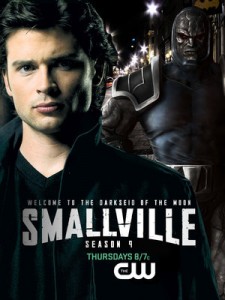 Admittedly, I’m not exactly an avid fan of this series. It’s not that I have anything against it, but Superman has always lost out to Batman in my books and so this show never really interested me. And yes, I know Superman has already graced the silver screen in a series of technically unrelated films, but all you have to do is look at the disappointing Superman Returns to see that this superhero is clearly in a critical condition when it comes to modern movies.

So logically speaking, with Superman ailing in theatres, and Smallville still going strong in its ninth season, it doesn’t take a rocket scientist to see the sense in this one. It clearly has a loyal following, while the Superman lore would be more than enough to bring in the same audiences that were let down by the 2006 version.

While hardly any of these suggestions are founded on solid ground, this particular idea seems to have already passed studio bosses by as another Superman film is currently in development. But given that it’s already been four years and all we’ve been given so far is a haze of murky details involving Warner Bros. godly comic book director Christopher Nolan, perhaps the big wigs at the studio should reconsider…

I think I’ve waffled on for long enough, (and bear in mind I am resisting the urge to talk about Buffy and the pros and cons of the television-film debacle, not to mention The Simpsons Movie and Twin Peaks) so now it’s your turn. Have I completely missed the mark? How could I ignore EastEnders? Is Tennant truly the greatest Doctor that ever overacted- I mean, lived? Let us know what you think below in our comments section!