Manchester By The Sea: Creating the score. Composer Lesley Barber talks about her work 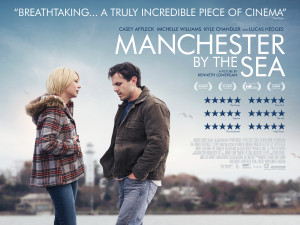 Of the shortlist of films in with a real shout of walking away with the top gongs in this awards season, Kenneth Lonergan’s emotional and impactful Manchester By The Sea is nestled in the very top tier. In fact, it might turn out to be the only real contender to La La Land.

Awards aside, this film has all the credentials to stand the test of time. It is a powerful study of grief and coping, centring on Casey Affleck’s Lee Chandler who, having lost his brother, is then subsequently identified as the guardian for his brother’s son. Chandler is suffering with his own demons – a separation and more – so the thought of taking on this responsibility is not a welcome one.

The film unfolds with a firm grip on a well-defined group of characters and a pointed narrative arc. It impresses with its execution. Central to this are three things in particular: 1. A wonderful set of stoic, restrained performances; 2. Stately, unsentimental and consummate direction; and 3. A powerful score.

In terms of the latter, this responsibility fell to the composer Lesley Barber, who had previously worked with Lonergan on his 2000 film, You Can Count On Me. We sat down to talk with her about her work. Here’s what she had to say.

FRR: How did you become involved in the project?

LB: Kenny (Kenneth Lonergan, director) sent me the script to read. I think it was while he was shooting the film. We had worked together before (You Can Count On Me), so we were very aware of each other’s work and we like to collaborate. When he sent me the script, I read it and I was immediately thrilled by it. I wanted to jump in and score the film.

It was an honour to work with Kenny on both projects. His work is stunning, and in both films there was an opportunity to do something different, not conventional and (a chance to) look at the role of score from a different angle and different perspective.

When writing a score, are you the sort of person who shuts themselves off from listening to other scores for fear of contamination? Or do you welcome it as a source for inspiration?

I don’t listen all that much to film soundtracks. There are some that are really inspiring, but I do listen to really diverse music all the time. Usually, when I am creating a score, the first thing I want to do is create some sort of hybrid choice. I’m looking for something really specific to the character in that film. I don’t like it when there is already music in the film to score. It’s nice when you have the space to look at it with a blank page to see what you want to do, which Kenny allows for.

There’s a piece called Manchester Minimalist where it walks a fine line between being urgent with the strings, like the Psycho score, and then soft as well. There’s this dramatic friction. Was that deliberate?

When I was creating demos for Kenny when we were first starting, I sat down at the piano after I had read the script and wrote that piece. I wasn’t sure how we were going to use the theme in the film, as I hadn’t seen a cut yet. I just created a suite. I wanted big strings, small strings, short strings and I wanted a piano solo and I wanted all these things to work together in independent pieces of music. It was an interesting process to take the pieces and start adapting it. 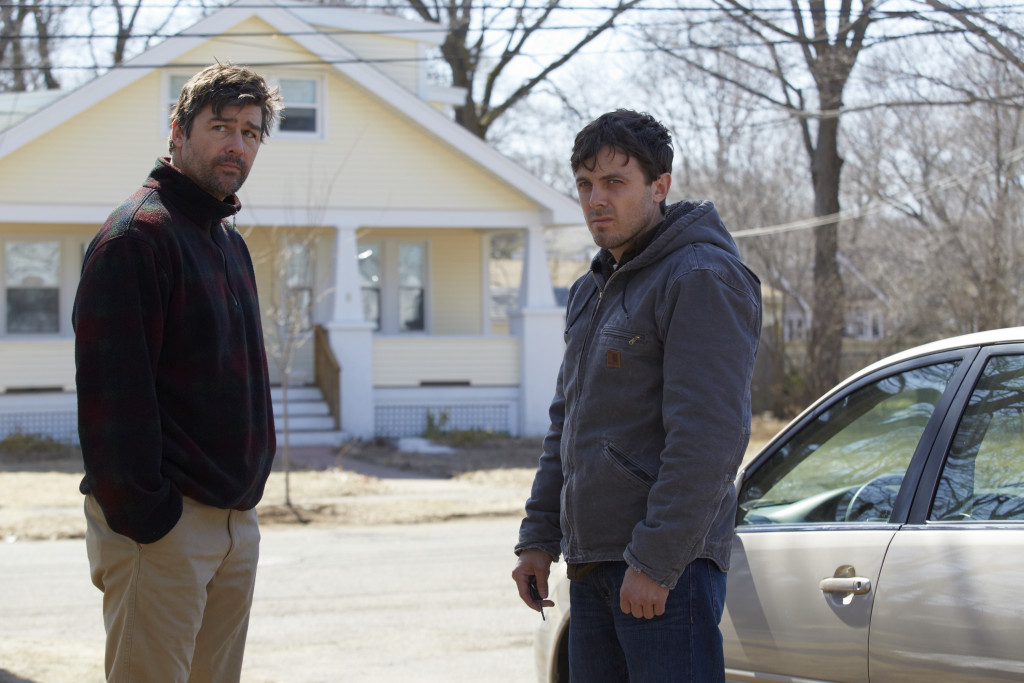 At the point you see the cut, things must have to be fluid, but it must be hard to return to music that is written and alter it once it’s written? Do you think, ‘I’ll start from scratch again’? Or do you try and make alterations within a piece of music?

Once you have those scenes inside you, you can start to play and perform directly to picture and change the form. You know where the piece can go or if you need something bigger and with bigger phrases. It gives you a really nice control over the way a score develops.

I think that with each score I do is very different. Some are electronic and highly computer driven; others are large orchestras; and others are chamber pieces. One of the most interesting things for me is creating a very specific sound for each film and for each filmmaker. Preparing the sound and shaping the soundscape. It is really unique to that particular film.

Do you want to remain in film? Or do you have ambitions elsewhere?

I am thrilled to keep scoring films. It feels particularly right for me. There are other things that I am interested in doing, but they are all tied into filmmaking. It’s just that pressure and the whole process that really excites me.

Your next project is a new version of Beaches and that means working with Idina Menzel. Have you written something for her to sing?

I haven’t written anything for her to sing specifically. I scored that in December and it was super fun. Allison Anders (the director) was a dream to work with. The film is a really interesting remake of the original. It was a completely different experience for me in comparison to Manchester By The Sea and I can’t wait to see how people respond to it.

Manchester By The Sea is in cinemas from 13th January 2017.