A classic war movie, that features a prison break, a train and is starring a giant of stage and screen. Based during the second world war, an event that still haunts us today, it is given the premium collection treatment from HMV classic range. It hits the shelves this week and we watched it so you dont have to!

So If you have seen the film (and I guess like me you have!) then you know the story. If not, well its simple enough. Colonel Joseph Ryan (Sinatra) crashes his plane in Axis occupied Italy. He is arrested and put into a POW camp. With the former Colonel dead, Major Eric Fincham (Trevor Howard) has taken command. When Italy declare defeat and surrender, the camp is cleared of troops. The prisoners flee for the coast, not before settling scores with the camp commandant. The Nazi German army enter the town and recapture the POWs. They are sent on a train to end up in Germany but these POWs wont give in without a fight. 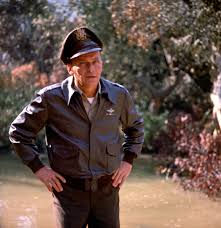 I loved the film. Its a Sunday afternoon classic that meanders and mixes action, drama and humour with ease. It also is subtle in direction, with Robson focusing on truth and reality over fiction and bluster. The cast are uniformly very good. The best is Howard as the chewed up and long in the tooth Fincham. Sinatra is his cool, casual self but still the sort of guy we all want to be. All in all Von Ryans is a belter of a film. Sadly the transfer leaves a lot to be desired and the lack of any decent extras (a commentary which has been available before) make the investment in the set a little silly.