Sometimes They Come Back DVD Review 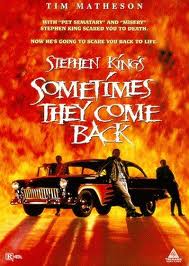 Jim Norman (Tim Matheson) is a teacher with anger management issues. Having lost his job, he moves back to his hometown with his wife Sally (Brooke Adams) and young son Scott (Robert Hy Gorman) and takes a job at the local high school. The move, however, is only to exacerbate Jim’s problems: he has never recovered from the death of his older brother Wayne (Chris Demetral), murdered at 15 by high school bullies whose hot-rod was subsequently hit by a train.

Now, as Jim is haunted by his chilling memories, one by one the students in his class begin to die in highly suspicious circumstances – circumstances in which he seems implicated – only to be replaced by the (now undead) punks who killed his brother. Sometimes, it appears, they come back.

Adaptations of Stephen King’s works have been made pretty steadily ever since Brain DePalma’s excellent film Carrie (1976), released barely two and a half years after the book was published. Some have been extraordinarily good: The Shawshank Redemption (still holding strong at the top of the IMDb users’ list of top 250 films of all time), Misery, The Mist, Stand By Me, The Dead Zone; some have been so-so: Dreamcatcher, The Green Mile, Hearts in Atlantis, Apt Pupil, Cujo; and some have been downright embarrassingly poor: Pet Sematary, Thinner (based on the novella by King’s alter ego, Richard Bachmann), Dolores Claiborne, Needful Things. Stanley Kubrick’s very liberal adaptation of The Shining continues to divide critics over 30 years after its release. 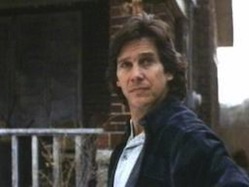 The rule of thumb, however, seems to be that King’s work makes excellent cinema in the hands of a both talented and well-matched director. Frank Darabont, Rob Reiner, David Cronenberg and the above-mentioned DePalma and Kubrick have all turned in brilliant King films. Perhaps surprisingly, despite their other successes, Bryan Singer (The Usual Suspects), Tom Holland (Child’s Play), Lawrence Kasdan (The Accidental Tourist) and Scott Hicks (Shine) have not.

Sadly, Tom McLoughlin, director of Sometimes They Come Back (1991), has nowhere near the ability of any of these names, and the adaptation of Stephen King’s short story (from the collection Night Shift) is no Dreamcatcher. It’s barely even a Pet Sematary.

Perhaps this is to be expected: McLoughlin had little experience when the film was made, the only notable work on his CV being Jason Lives: Friday the 13th Part VI – thus putting him firmly in the category of schlock filmmakers. In fairness to him, of course, Sometimes They Come Back was never going to be a huge success: the film was made for TV (meaning, in 1992, that it got a fraction of the budget a cinematic film would be allotted), and the source material was of the sort better suited to reading under the covers with a flashlight than made visible. It’s clear from the lists above that King’s big-bang supernatural ghoulies-and-ghosties books never adapt as well as the quietly creepy, brooding and beautiful ones do. 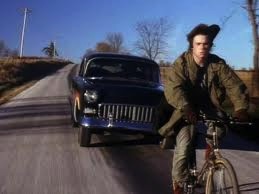 The first half of the film is pretty watchable; a run-of-the-mill horror film that is all the more enjoyable for King afficionados in that Jim and Sally’s circumstances of genteel poverty are so similar to those of King and his wife Tabitha when the former wrote Carrie. One warms to the good kids Kate (Tasia Valenza) and Billy (Matt Nolan), empathises with Jim’s struggles with threatening, entitled class jock Chip (Chadd Nyerges) and feels for the trials of Sally and Scott as they try to fit in to their new surroundings.

The first appearance of the leather-clad, duck-arsed undead Richard Lawson (Robert Rusler) is genuinely frightening, and even the more so because he fits so well into Jim’s class of thugs and ne’er-do-wells. Vinnie Vincent (Nicholas Sadler), with his hyena laugh, is even more menacing, and the way they prey on Jim’s few allies among the students makes for white-knuckle viewing. 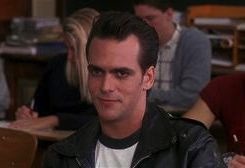 But then it all begins to falls apart. As the film segues from thrills and chills to outright horror, it devolves into silly scare techniques, appalling makeup and needless, laughable cliches – of the sort one might expect from the maker of Friday the 13th Part VI. That the film spawned two straight-to-video sequels/reboots (Sometimes They Come Back… Again and Sometimes They Come Back… For More) tells you as much as you need to know about the quality to expect.

It’s a shame, because with a little more artistry and a little less dependence on what producers seem to believe the fans want, it could have been a far more enjoyable film. Not a Shawshank, you understand, but maybe at least a Cujo.

Sometimes They Come Back is released on DVD on 9 April.