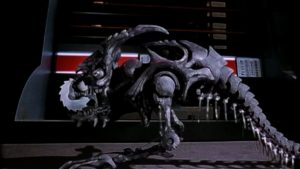 Peter Weller is now Dr Peter Weller. Famous art historian and cultural commentator. During his acting career however he made a series of great science fiction films. ROBOCOP is the obvious number one. LEVIATHON is less well known but worth finding. Then came a superb, under appreciated film, SCREAMERS. Based on a Phillip K Dick and ripped off years later by Charlie Brooker, its a brilliant zing of violent science fiction and horror combined. 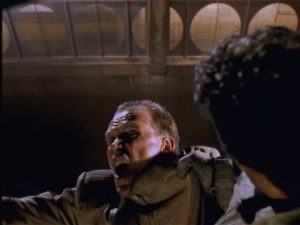 2078, the planet Sirius 6B. Known as the place the world found an ore, which is the solution to its energy concerns. Once thriving, now a war zone. The war is between miners of the ore. they discovered it killed and went on strike, the company bosses stood up and fought them. They now want a truce. Commanding officer of the company, Joe Hendricksson (Peter Weller) reports this development to his Earth-based superiors, he is told that peace negotiations are already underway on Earth. The problem is that a device deployed by the company called the Screamer, is not observing. Its even taken to hunting its own….. 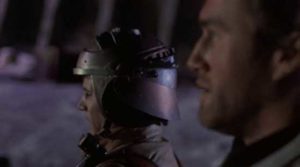 The 1990’s saw a great dose of low budget science fiction films.  SCREAMERS is a high point. It has a lot to offer in terms of its effects but editing is the high point for me. You see a cheap film, is a cheap film. However, a good idea, well executed can build something. Then with an editor, like Yves Langlois. A man with an interesting film history behind him, well you see great things onscreen. 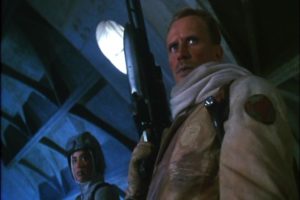 Kevin Lyons commentary is strong. He digests the film but also the genre in the age of IT. Liam Hathaway essay is the real high point though. Tightly written. Clear and concise. Worth a visit. As is Scott Harrison. His is focused more on Dick and seems to like Blade Runner a bit but its forgiveable given that it gets to the core of the film and the opposites in play here in.