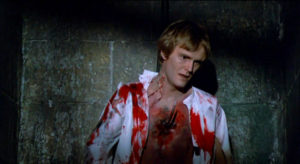 Count Dracula (Christopher Lee) is back from the dead after blood is spilled onto his ashes. The power of this demonic man has not changed and the local villages are once again petrified to return to the local castle or the woods that precede it. When a young traveller is lost in the woods and finds himself at the gates to the castle, he is ushered in. The Count wants to give him a bed and rest for the night. However what will be the charge for such a stay? 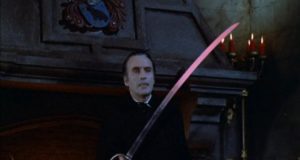 Hammer were in stark decline when they released this vampire sequel to a series of other sequels from the studio. Critically it is much maligned and I feel that this is highly contemptuous. Compare it to the frankly awful Blood from the Mummy’s Tomb and you can see what I mean. Firstly you have Lee, always excellent and he always gave a performance that played on the theatricals of Dracula. 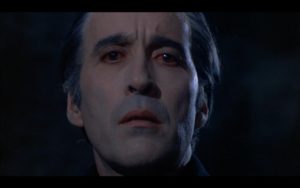 Then you have Roy Ward Baker, a director who is very talented and adds varied textures to a very limited budgeted piece.

This is by no means Hammer at its best. This is for sure. It is based on a flimsy set, has ropy dialogue and suffers from the copy + paste script of set up and pay off, get the acts and inciting incidents in on time and on budget. Scars of Dracula however is a better film than it has been represented. It has more to offer, more to benefit from and more to enjoy than previously suggested. 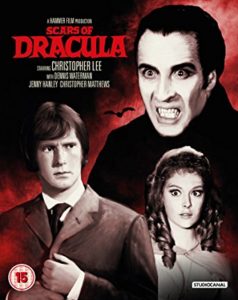