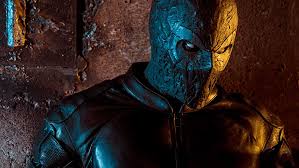 Jesse Haaja Finnish superhero takes us on an upscale made for TV action flick, that is worth a shot. When criminal organization VALA have a series of incidents, that see drugs burnt and money seized, the heads are concerned. When they learn that a crime fighting super hero RENDEL, a plan is hatched to stop him. This masked avenger is taking revenge on the criminals who were responsible for the murder of his family and he will break everyone to get it done. 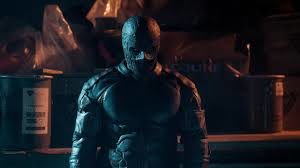 RENDEL comes off the back of a series of action films that revise the superhero myth. DEADPOOL, VENOM and AVENGERS are three that spring to mind. RENDEL has less of their budget, but what it lacks in CGI and deep pockets it makes up for in fist cracking, bone breaking action. Dispensed with here is the need for clean, swift style in film form. Instead we have the guttural bellow of rage and it works really well. 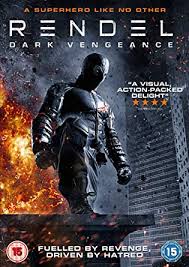 I was reminded of the early Bourne films. Taken against the Bond franchise or MI, they seemed far more visceral and real. This is what has happened with RENDEL. Its darker than expected, with a hint of menace that sometimes spills over into horror. It is also sadistic but without playing it up or making it flaccid. We get with it because of the seriousness of its team. Who all seem to have work relentlessly at making the film sting with every fight and swipe with ever dispensed put down. If you want a comparison then think of this as a modern remake of DARK MAN. Though less clever in form and style, it packs a hell of a punch..