This box set contains three works from prolific postwar Polish directors. The Promised Land, a 1974 film from Andrzej Wajda (b1926) is a Dickensian-like epic feature based on the novel by Nobel laureate Wladyslaw Reymont’s 1898 novel of the same name. Set in the bleak industrial city of Lodz, three ambitious friends (Pole, a German and a Jew) decide to open a textile factory. 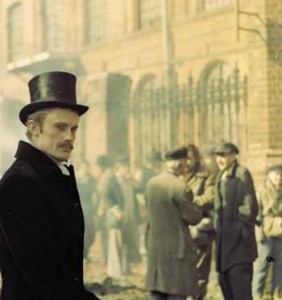 The film is ruthless and brutally honest in its depictions of the oppressed; the starving and hysterical poor in horrendous working conditions are severely contrasted with the ridiculous opulence of the upper classes. It is also uncompromisingly violent, the no-nonsense approach reflecting that of the cruel and greedy tycoons. In one scene the gore is so startling it’s almost amusing; during a fight between a factory worker and a rich owner, both men end up tumbling before a huge spinning wheel, their mangled bodies and flesh are abruptly out at all angles.

To be frank, I didn’t expect to enjoy a long film set in the ruthless world of corrupted 19th century capitalism, but I did. The Promised Land is an insightful feature that is wonderfully shot and acted. It’s also surprisingly funny and entertaining. No wonder it has enjoyed such celebration it its country, and earned Wajda the first of his four Best Foreign Film Oscar nominations. 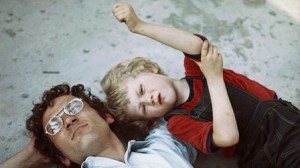 Krzysztof Zanussi’s Illumination is a dry, contemplative Bildungsroman about a young scientist and his quest for true knowledge. It opens with the line originally raised by St Augustine: “Illumination is defined as the moment of enlightenment..but is the human mind capable of learning the truth?”  Zanussi is highly regarded as one of Europe’s leading auteurs. His works are well known for being intellectual, philosophical and targeted at a well educated audience.

Released in 1973, the film was something of a sensation for an entire generation, going on to win the Golden Leopard, FIPRESCI award, and prize of the Ecumenical Jury at the Locarno Film Festival. This landmark work is a meditative film, as the main character Franciszek (Stanislaw Latallo) muses on his part in the world and his ability to learn. The style is complex and ambitious, as narrative development is interspersed with non-fictional factual elements such as scientific data and documentary footage.

It is an interesting blend of science and art, as if Zanussi is trying to inform the audience of real truths whilst simultaneously telling a story. It’s the visual equivalent of a series of essays. Zanussi once said: “My cinema above all comes from literature, and, in this sense, it becomes a kind of a human language. The idea of the visual component in film as dominant has always evoked my skepticism. – Zanussi, 1992″. The film is an acquired taste that takes itself very seriously, or rather, too seriously. 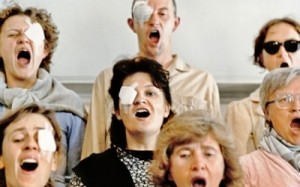 Escape from the Liberty Cinema (1990) is a satirical and surreal political comedy directed by Zanussi’s contemporary Wojciech Marczewski, (b1944) released just after the collapse of communism. It’s absurdist and fantastical qualities sets it apart entirely from the two other films in the set. A divorced ex-poet and literary critic working as a head censor in Lodz is troubled when the actors in a film showing at the local ‘Liberty’ cinema go on strike, refusing to speak their generic scripted lines and asserting their freedom before a bemused audience. Marczewski is having fun with the topics of film censorship, (one which he will be familiar with, his works having been censored themselves.) The film is clearly influenced by, and makes a direct reference to Woody Allen’s The Purple Rose of Cairo. I can certainly see the appeal of this one, it’s unlike anything I have ever seen before, yet it felt too niche to really enjoy wholeheartedly.