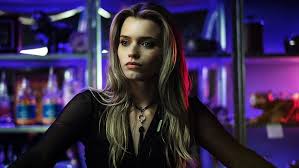 Originally called the 1% but re-titled as the Outlaws in the UK. When a drug heist goes wrong, two motorcycle gangs could go to war with each other if a deal cant be struck. Vice President Paddo (Ryann Corr) has to decide if he is to betray his president Knuck (Matt Nable), who is serving time but will be released shortly or his brother Webby (Eddie Baroo) who was in on the heist. If he can agree a deal via the washing of dirty money, his brother will be saved. Knuck has been released and has scrapped the deal. 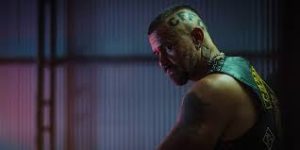 Australian crime drama has gone through a renaissance. Well I mean that it has been through a long trajectory from ANIMAL KINGDOM, SNOWTOWN and CHOPPER. OUTLAWS fits less into these. 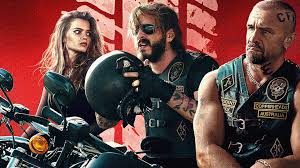 It is also more then a well produced episode of Sons of Anarchy. It does have the bikes, the leather and the brawling. However it really has much more besides. It has great central performances. A great soundtrack and a continued tone of menace within its dark recesses. But where it really excels is in its stellar script. 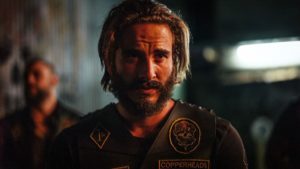 A sharp, dynamic and tense undertaking that is so well put together that it bites. I would say akin to a Greek Tragedy. Building slowly and relentlessly to a siring devastating climax. Stephen McCallum is also to be given lots of credit for his direction. It has controlled raw tones, visual flourishes with camera work that holds tone and tension and a splendid use of character framing.