In prehistoric times the cavemen were king. They ruled and they fought, they killed what they ate and ate what they killed. When one man is kicked out of the caves for crossing the line and getting bigger than is allowed, he has to journey to safety. He meets a beautiful cave woman who fights for power, dinosaurs that are giant brutes, lizards that are overgrown and stop motion delights. He walks through caves with evil fungi and that lead deep into the dark, trees that are monsters and even pre human cannibals. It has fun, adventure, death and dinosaurs in its frame. 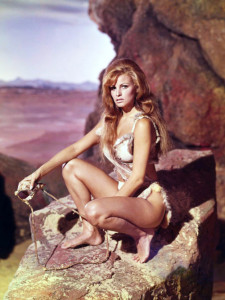 Ummm I dont get these films in the sense that i get the whole adventure, excitement thing but I dread the verbal dirge of people that feel these films have deep, dark complexity. They do not have this in truth, well for me at least. These films do have great fun and excitement. They are films that are built to make the viewer engage on a level of pure thrill. No complex subtext, sexual digressions or rampant compositions. Instead we have amazing FX, amazing acting performances and a yell to the crowd. Take the superb use of imagination and delight in the stop motion sequences by Harryhausen. He uses the scenes as an explosion of energy and sheer visceral joy.  I love the use of the animal in the performances of the cavemen and women. They seem to take the piece for what it is. Not a modern middle class groups talking and verbal diuretic point, more a fun, silly, hammy piece of film for the broad range of people. Take it like this and you will be under its spell. Don’t and  you might find you are talking shit… 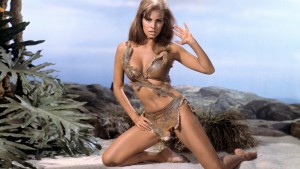 The transfer is excellent… It is shiny, new and looks so good. The bonus features are less amazing….

This 50th anniversary release of the prehistoric classic has been stunningly restored in 4K featuring brand new bonus features including :