Mapplethorpe Look at the Pictures Review 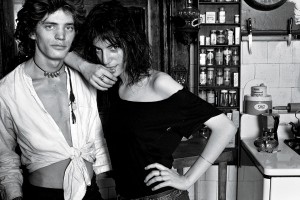 Fenton Bailey and Randy Barbara’s Mapplethorpe Look at the Pictures is an intimate, personal and beautiful examination of the life, work and history of photographer Robert Mapplethrope. Framing the documentary is the controversy that followed his art throughout his career for it’s graphic nature and representation of homosexuality. But what the pair’s documentary sets out to illustrate is that in fact the work of Mapplethorpe is for the affected, the intrigued and the revealer rather than simply becoming the controversial artist that many believe he was.

The film takes the audience back to where it all began – as a boy, he had little interest in photographer despite his father’s best efforts and it wasn’t until he started at art school, moved away from home and fell into his natural crowd that the persona that we know today of Mapplethorpe started to emerge. The first important chapter of the film looks at his life and relationship with Patti Smith – an incredible love story and powerful partnership that helped to mould the life and work of this man. Both artists in their own arenas, they helped each other push boundaries and cement themselves as names to be recognised.

The film spares no detail and leaves no area of his life undealt with – from family, to lovers, subjects and friends, Mapplethorpe Look at the Pictures captures the many moments of his life in detail like there has never been before. As a documentary it expertly blurs the lines between unveiling a story that the audience are intrigued by and giving enough information to teach the history of his work. Each section of his working life is looked at – each project is dissected in a way that simply looking at the photographs may not be enough. But actually meeting many of the models and colleagues that worked with Mapplethorpe helps to illuminate the audience about the man himself. 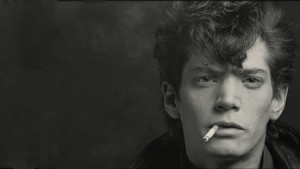 community and his work represented that as such. Many projects of his illustrated a world that mainstream culture was yet to understand or begin to deal with – he was interested in S&M and therefore visited many clubs where fetishes were openly practised. This scared communities around the USA at a time when being LGBT wasn’t okay and when AIDS was seen as a form of cancer that you could catch being around someone that is gay and yet Mapplethorpe continued to work to change opinions and photograph the beauty that he saw.

Well paced, charming and elegantly told, Mapplethorpe Look at the Pictures, deserves to be remembered as a key documentary both in the world of LGBT stories as well as art and photography.