XVR…It sounds promising. You live inside the body of another. Someone underprivileged and in need. We have been here before. Think less MATRIX and more PRIMER meets LIFE STINKS. Rules are set up like others. Regulation in imagery is tonal and the film has a sense of its environment prior to launch that is very immediate.

Some would relate it to BEING JOHN MALKOVITCH but names add less to this conversation then anything else. EMPATHY INC introduces us to Joel (Zack Robidas), a black listed venture capitalist who invests others money in an extreme virtual reality company called Empathy Inc. They have created XVR. A software that allows wealthy people to spend time in the shoes of the less fortunate. However this might enable others to exploit and even operate in harms way… 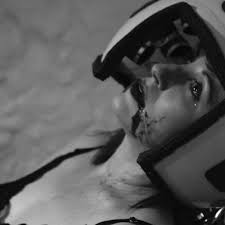 This is the rub. The visual embodiment of the other…so to speak. EMPATHY INC revels in the concept. It pulls it around, sets audible tones and (within a limited budget) extrapolates the venture with style. What is interesting is the idea of how we use tech to embrace the world. Where it lacks self awareness (via it feeling it is too smart) is the defining of the lesser selves. Input creates compassion. Output creates social harmony. Though does living inside others change us? Walk in a persons shoes and…well you get sore feet. EMPATHY INC almost works. But as always power is destructive. Yedidya Gorsetman directs the piece with an intelligence but he cants seem to stop viewer predicting the narrative early. Predicting the whole and unpacking the interest prematurely. So for all the gains, the loss is overwhelming. 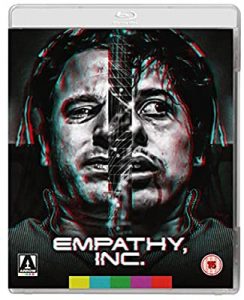 We watched this on a screening link and sadly didn’t see the extras.  However the print was glimmering and rich. That’s black and white for you.