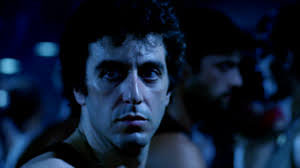 William Freidkins dark sexual slasher thriller CRUISING, has loads of background to it. Like many of those great films with baggage its more known for what happened off screen than on it. So the obligatory details that all those film tick box types want, in order to grandstand and geek off to. Yes, it could have been directed by Steven Spielberg. Philip D’Antoni (producer of The French Connection) wanted to make the film of Gerald Walker’s 1970 novel Cruising. Spielberg was touted as a possible but no production money meant no Spielberg. When Friedkin finished the film, it was met with the hostile eyes of the censor. It lost some 40 minutes under the fear of the censors scissors.  He says he took it in front of the MPAA  “50 times” at a cost of $50,000. The truth is unknown. However Friedkins states what was lost, made the film more interesting. More sexual detail and more ambiguity. The fact Richard Gere was preferred instead of Pacino, in itself also speaks volumes. 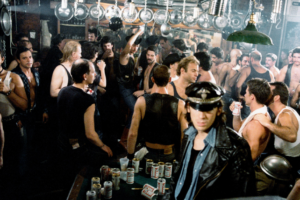 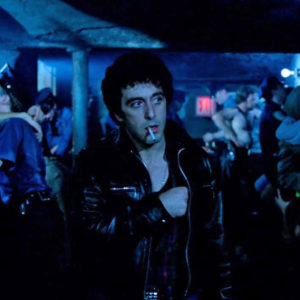 Missed from the above is the reaction of the gay community to the films release. Protests outside theatres, vilified in the press and critically panned on release. It was given an unduly hard time. As professor Charlie Oughton discussed in his MOVIEDROME intro. The film is far more. Its a fluid, sexual piece. Subversive, nightmarish, bold and intellegent. It wants to push boundaries. It wants the story to be true. Challenge norms and drive its audience to feel, sweat, semen and all. The footage missing from the film is an issue in itself. Hollywoods own James Franco created an homage to the missing footage because he wanted people to see how the missing footage would have changed the film. Called INTERIOR LEATHER BAR it is an interesting experiment. 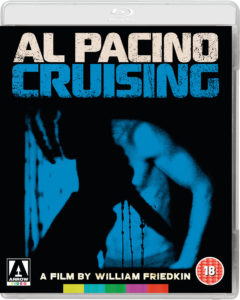 However the noise surrounding the film, distracts from it being one of Friedkins most underated films. He uses reality like a kitchen sink film maker. With that use of NYC scuzz, the physical and sexual notes of the actual places it happened and the often hot and sweaty climate at its core. Its also remains complex because it is ambiguous. This makes it so much more interesting.

We have not been able to see the disc version of the film. However the screening link we saw looked a lot like the standard transfer. The hardcore pieces (which are often in discussion by film geeks) are there and have been cleaned up a bit. So you dont get grain. You get interspersed thrusts.