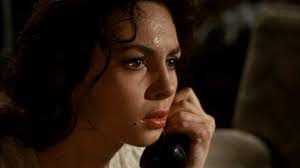 Mario Bava’s portmanteau film is back and looking as good as…well its last release. Three stories of terror, one about a telephone that has the voice of an angry man on the other end. He wants her dead and will stop at nothing to do just that. A drop of water rings the next when a nurse stills the ring from a dead body, only for said body to come back to get it. The final film in the trilogy sees us transported to a dark world of Russian history and ill goings on with a man who is not all he claims to be. 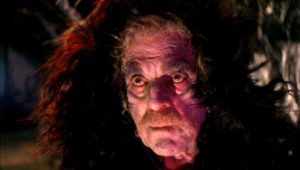 Bava stands on the shoulders of almost all other film makers. Bava took film making into the realms of genre, with a skill rare in his field and valuable at a time of deepest troubles. His best films allowed a new generation to see darkly subversive content. Films that threw away rules and reached into darker motives, desires and derangement’s. Achieved with bending conventions until often they broke. From his best work like Blood and Black Lace, Planet of the Vampires, Black Sunday or even this superb and truly wonderful film Black Sabbath. 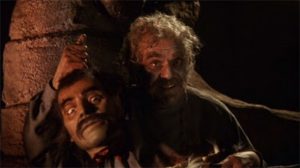 So Balck Sabbath. Well firstly watch the Italian version. Please do this for yourself and me. Called I tre volti della paura it is the better version on the disc and relates to Bava and not Cormans work on the film. This version plays off subtle menace with a wonderful sense of the darkly comic. Bava adds touches to his films be they visually (such as in colour cues and hues), Tonally (such as in canted angles and frames) or narrative (verbal cues mix with audio cues that are also layered with meta detail). 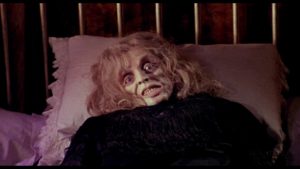 He also understood the art of casting. By employing that face of a 1000 sleepless nights, Boris Karloff as the guide and film story anchor, Bava playfully gets us to not over invest but never under either. So as to take what we are seeing as what it might be and then again what it could reveal about us. Then of course you have those lovely details like the masks, phones, heads and bodies of the deceased and soon to be so. They are wonderful manikins of joy and debauchery. 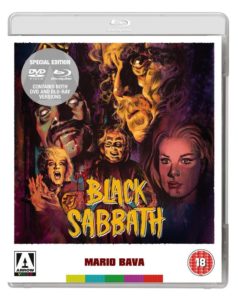 The extras are as on the original release of this set. It begs a question why release a version like this and if I was a cynic, I would say its a cash in but I am not and if you do not have this film and want to enter into the realm of Bava start here.