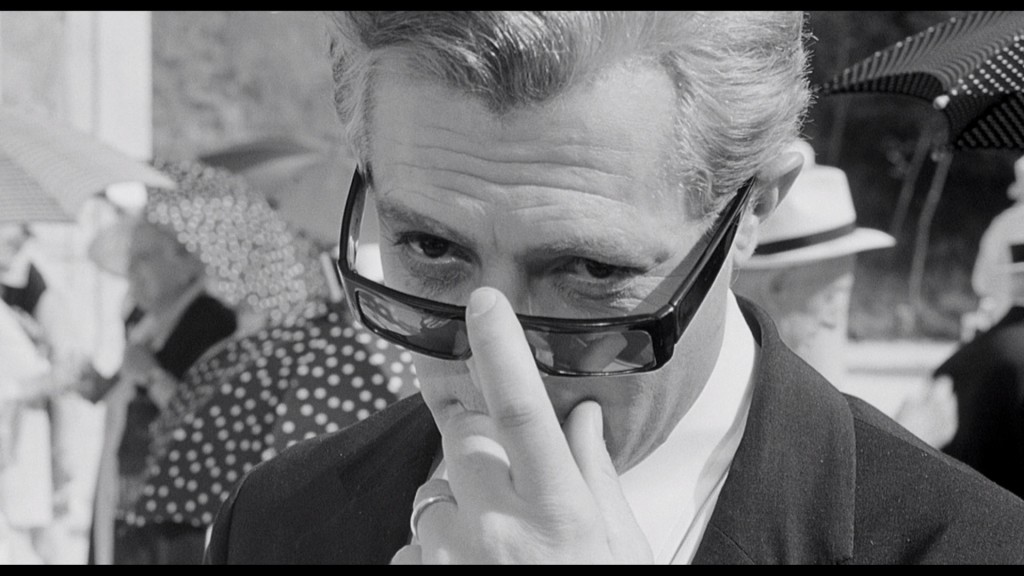 I recently went and saw Paolo Sorrentino’s The Great Beauty, a masterful meditation on lost youth, the nature of hedonism, and what religion can provide. If you have the opportunity to see it, go. Just go. It’s funny and moving and artful and beautiful. It’s also just the latest of a long line of films that have clearly been inspired to some extent by Federico Fellini (and in particular, his masterpiece, 8 ½).

8 ½ sees Marcello Mastroianni play Guido Anselmi, a famous Italian film director (and a clear stand-in for Fellini) who is suffering from ‘director’s block’.  Having established himself as a major artist, he finds himself with everything he needs to make another hit (this time a sci-fi film) but with no story to tell. We meet him at a health spa where he is trying to ease his creative juices into flowing, but is also being constantly bothered by actors, his writer, his producer, his mistress, his wife. As Guido struggles to start work on this new film, a series of flashbacks and dreams reveal childhood memories and fantasies/fears.

It quickly becomes apparent that Guido’s project is more than a little autobiographical. This is where it gets interesting, because the film is also a confessional from Fellini himself, via Marcello Mastroianni’s character. Thus the story of the director is like a hall of mirrors, a mise en abyme the likes of which would have Charlie Kaufman drolling.

This might be the moment in which many people tune out. After all he has created a film that for all intents and purposes is plot-less and arguably perhaps quite self-indulgent. This would be a mistake, for it is utterly engaging. For me, this is down to two things: firstly the characters (specifically the protagonist). 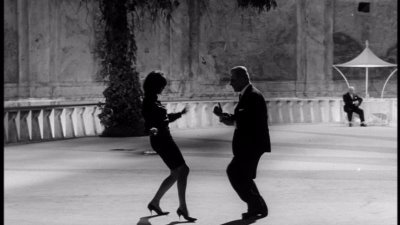 Guido is a conflicted man: a man looking for solitude and yet lusting after company, a man with great artistic visions and yet unable to articulate them. A loving husband and an unapologetic womaniser; a philosopher and a charlatan; a genius and a fool. He is fleshed out marvellously through the various flashbacks to his childhood that we see as memories, but also as possible scenes in his film project. We glimpse early exposure to lust, as he and his school friends sneak off to visit a prostitute who dances for them. We witness the origin of religious existential guilt as he is caught and disciplined. These wonderful flashbacks tap into a psyche full of confused worries on religion, love, and of course the creation of art.

The second thing is the artistry that Fellini weaves in terms of oneirological verisimilitude, which is complemented by Gianni di Venanzo’s gorgeous photography (wonderfully rendered on this blu ray transfer).

The film opens with an immediate tour-de-force of a scene; an eerie nightmare featuring a suffocating traffic jam. As the tension builds, Guido claws at the car windows and eventually escapes, flying away to a beach where he is lassoed and pulled to earth by one of his colleagues. Even after 50 years it all feels so thrillingly real. Dreams are uncanny experiences, but Fellini has picked up on all of their specific characteristics: the aesthetic, the temporal and physical rule-breaking, the deadpan sincerity in the face of the bizarre, the retrospective drollery.

And these aren’t just stylish frills; this is where the substance is. For example: the famous harem scene, in which Guido dreams of all the women he’s ever loved or lusted after living in the house where he grew up. They start by tending to his every peccadillo, but eventually begin to revolt leading Guido to arm himself with a whip to defend against the army of former and current lovers. In another dream sequence, he wonders through a barren landscape and fleetingly encounters his parents, at one point helping his father to descend into a grave. They genuinely are some of the most honestly and well observed dream sequences on film; in comparison almost all others in the history of film are exposed as erroneous.

What’s strange is that the film is both a lamentation of the inevitable failure of all art (and of all artists) to be honest, and yet simultaneously a celebration of the ways in which great art conquers this by remaining tonally and emotionally true. It is self-criticising in its reflexivity – paradoxically apologising for it’s supposed vacuous whilst delivering eloquent and beautiful psychoanalyses.

8 ½ is an intoxicating mix of Proust, Pirandello and Joyce. But, of course, that mis-sells it. It is all those things, whilst also being a masterpiece that could only exist on the silver screen. Fellini’s naysayers claim that the film is as muddled and as lacking in ideas as its main character, but this simply isn’t true. The genius of the movie is that Fellini has expressed all these things by crafting a film that has more ideas and art and truth than so many other movies. Roger Ebert summed it up best in his write-up for the film: “[Fellini] claims he doesn’t know what he wants or how to achieve it, and the film proves he knows exactly, and rejoices in his knowledge.” 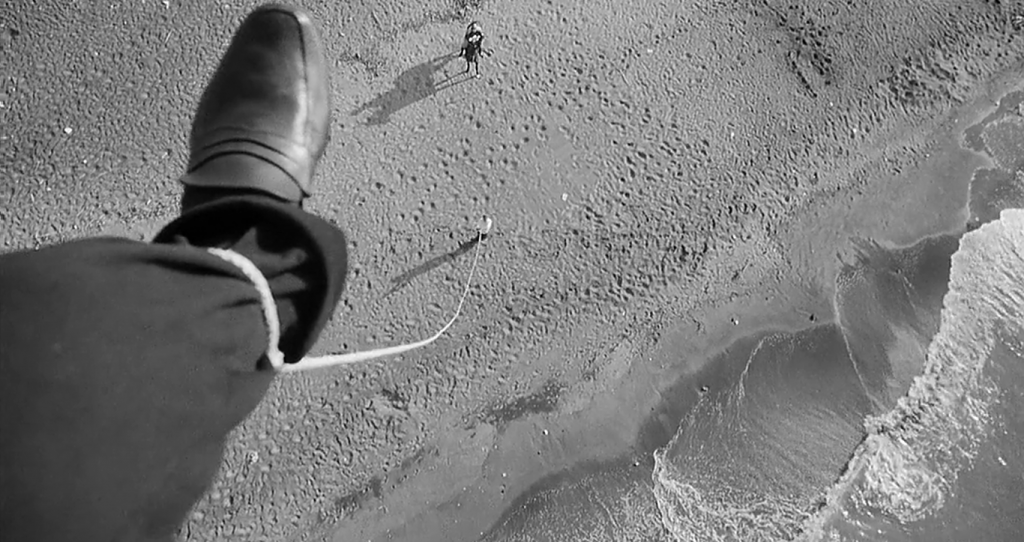