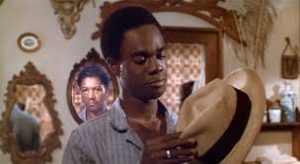 When Isaac (Glynn Turman), a law student and all around nice guy visits a hypnotist with his friends, he only thought that it would be funny. When he is possessed by the spirit of New Orleans gangster and mean mother J.D. Walker (David McKnight) it becomes a nightmare. You see J D was shot and killed some thirty years prior in an altercation over the murder of his girl. Now Issac keeps dreaming about the murder and the murder keeps bringing J D back from the dead for revenge. 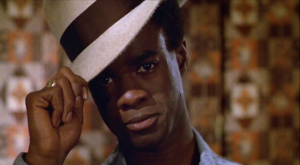 was in the ascendancy at this point. We had at that point Blacula, Shaft and Pam Grier to excite our taste buds. These takes on genre often meant the merges of Black culture with hard genre. In J.D we had the merge of a classic gangster motif with a black identity. Black men are both moving forward like Issac, to take on professions and their perception in society and importantly Hollywood saw them as criminals. 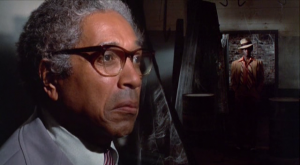 This is an interesting juxtaposition and one that this film meditates on. You see forget its a very good horror, thriller film and remember that it is also very political. It drives the agenda and elaborates on the themes of the period with a sense of irony. It also does so with a very entertaining film. 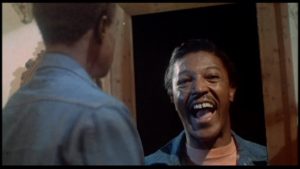 The extras are nice but the print is grainy, washed out and the colour all over the shop. Its sad that the 2K has failed to enhance the release. Everything else is standout however.